Recently in France I visited two highly recommended tourist sites (I have no issue describing myself by the word “tourist”).

One, Montmorillon, is described by English language wikipedia (more of which anon) as “a commune in the Vienne department, in the Poitou-Charentes region, in western France.” Indeed it is. The English language wikipedia page does have a few more details. It was where Montmorillonite was discovered (in passing, I wonder how geologists pronounce this mineral with a straight face) It is famous for its macarons and for various educational posters.

It omits, however, Montmorillon’s self description as Citie d’écrit et Les Métiers Du Livre and its wide range of specialist bookshops and shops devoted to, well, les métiers du livre. Of course, this is not all that rare now, with Hay-On-Wye being the most prominent example in these islands of book-focused tourism. Montmorillon was a particularly charming example of the genre, with its steep streets and striking architecture. I didn’t pick up that much; a a French language edition of Ballard short stories with some interesting comments from the man himself) from Les Chants du Maldoror, and a Korean personal organiser sporting the name “Buffoon Schedule” from Utopiarts. My children picked up lovely items from Fantine’s Creations and origami/calligraphy shop Au Coeur Du Papier. 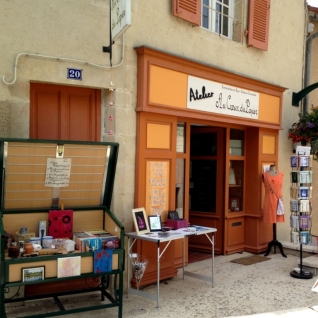 We had limited time to explore unfortunately but I must mention the kindness of the man in motorsport/aviation/all-things-internal-combustion themed bookshop  Numero 10 who gave some obviously somewhat heated (in every sense) children free sudukos. 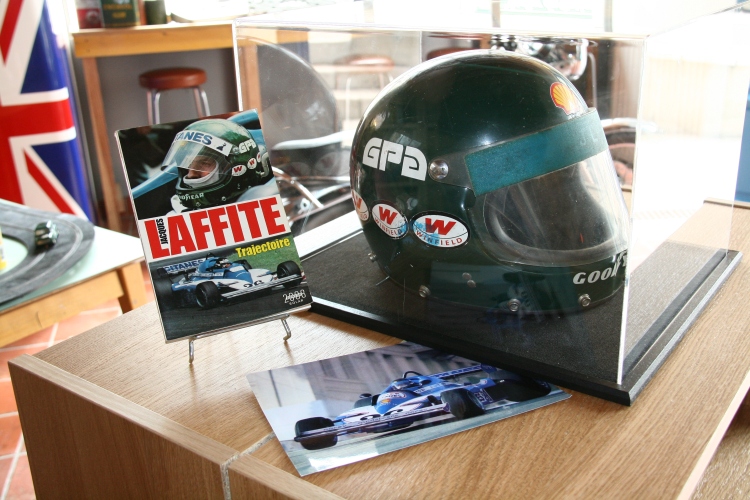 Anyway, the point it also that this extremely charming destination is unheralded on the English language internet, pretty much – we had discovered it via a leaflet in another site. The point was reinforced a few days later driving from Craon towards Cossé-le-Vivien. On the map I spied the Musée Robert Tatin. The reader can of course follow the link to the museum site and also the link to the blog post that immediately follows: but I would advise that if you are anywhere near the area just visit as much of the impact comes from the sheer unexpectedness of the site (for the same reason I am resisting posting photos)  The inevitable Google search I performed on seeing the museum on the  map revealed nothing much in English except this interesting post on a site devoted to “outsider art environments”

The impact of Musée Robert Tatin partly comes from its unexpectedness.It is something like a sort of Angkor Wat in the Mayenne countryside, in terms of visual impact. It is also a wonderful place to bring children (though the staff did politely warn us to ensure they didn’t touch the fragile artworks) as it has, amongst other things, a playground, a hedge maze, a fountain, a pond, and lots of space to run around in. Part of me wonders how the art work would fare taken out of its context (though that what site-specific means, obviously), and much of Tatin’s painting seemed to be rather Kandinsky-lite to me, but nevertheless it was a fascinating and refreshing detour.
Anyhow the point of all this touristic blather on my part is that neither site was one which those depending on English-language web resources or searches would have encountered (though I guess they may have visited Montmorillon for macarons) In an age when boosterism often tries to persuade us that all the information in the world is easily accessible, and that English is the global language, it is salutary to be reminded that you can still stumble across things (of course, in both these examples I found internet resources – but afterwards, and not [primarily] in English)