Blogging about rain songs, I was faced with an embarrassment of riches, and left out many worthy numbers. For no particular reason except I like them, I decided to blog this week about crows, or rather corvids, in music. The pickings here are somewhat slimmer, although naturally enough there is a list online.

The Beatles are evidently good at enforcing their copyright, so I can’t find a clip of Blue Jay Way on YouTube. In any case it is about a street of that name, rather than the bird. Here’s a little picture of a blue jay in any case:

And here is a big picture of a European Jay. The Jay has always struck me as the most atypical of crows, because of its bright plumage and relative shyness, and the off-kilter, disorientated sound of “Blue Jay Way” always seemed rather appropriate for that reason:

Anyway, onto actual songs. “The Carny” by Nick Cave and the Bad Seeds isn’t directly “about” crows (though obviously the rain songs weren’t really about rain) but does contain an evocative couplet that effectively uses probably the most striking of all collective nouns:

And a murder of crows did circle round
First one, then the others flapping blackly down

Earlier in the song, “crow bait” is used by the carny show boss to contemptously refer to a dead horse. :

Clearly we are in the territory where the crow is sinister, a symbol of death and dissolution. This is a common archetype, rather unfair on corvids in my opinion. Ravens in particular carry a massive cultural freight that to some degree obscures the beauty and intelligence. Few literary works evoke the sinister raven more potently than Edgar Allan Poe’s “The Raven”, and few albums of the last twenty years are as intensely ludicrous as Lou Reed’s “The Raven.” In all the eulogies to David Bowie as a sort of ne plus ultra of coolness, his mid/late 80s and early 90s work was largely glossed over, as was his contribution to “The Raven” – “Hop Frog”

Lou Reed also makes some changes to the text of the actual poem “The Raven”, adding even more self loathing and references to cocaine (I am reminded of Romeo Coates, “improving” upon Shakespeare). Yet the emotional tone of the poem doesn’t change all that much. And musically we simply have rather unobtrusive music set to an enjoyably hammy reading by Willem Dafoe (is there any other way to read Poe than “hammy”?):

Finally we come to another much maligned corvid, the magpie. As readers of Hergé’s The Castafiore Emerald will now, the title of Rossini’s opera “La Gazza Ladra” translates as “the thieving magpie” Both Rossini’s and Hergé’s works are based on a larcenous magpie, which, according to this link on the BBC website, Scientists now tell us is not actually true (has this finding been replicated, I’d like to know? – and where does that leave this other story on the BBC website?) 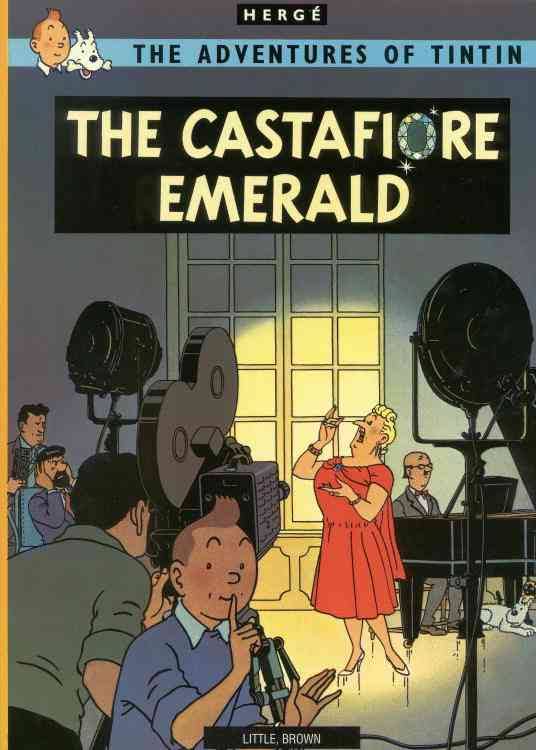 The opera is not performed very often, but its overture is – a fine, majestic piece of music I will leave you with: