Up until about 10 years ago an awful lot of my reading was done aboard the vehicles of Dublin Bus. I quite often come across bus tickets used as bookmarks in old paperbacks.

I presume that I was far from the only one to do this (and even in the smartphone age there are no doubt still readers of physical books on the buses). It would be interesting to track down literary descriptions of this literary activity.

Reading Arnold Bax’s Farewell My Youth, I came across a brief anecdote from the author’s years as a student in the Royal Academy of Music in London (he was there from 1900 to 1905, from the context of the passage it seems likely this was towards the latter end of this time but one can’t be sure) :

Meantime in every hour not devoted to music I read feverishly all the literature I could come upon, poetry and prose, British and Continental. Clifford once announced that “Arnold has read everything, though no one has ever seen him with a book in his hands.” A picturesque exaggeration, of course, but, thought I not care to boast of a critical faculty, my soul certainly adventured greatly among masterpieces.

I was one day eating up Epipsychidion on the top of a bus bearing me to the West End when the conductor, who had already collected my fare, suddenly reappeared at my side. Said he, “I see’d yer readin’ poetry just now.” Then bending confidentially to my ear, “Now, I’m pretty ‘ot on poetry meself! Pertickler partial to Dryden I am. Cor! that’s the bloke that can write! Gran’ stuff! 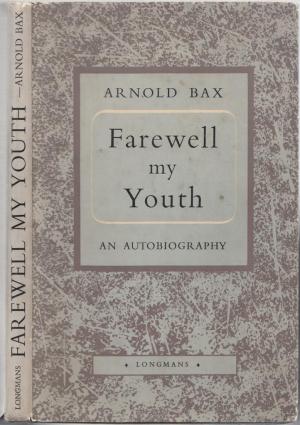 I wonder how many other London bus conductors have spoken as rapturously of “Macflecknoe” and the rest.