From Peter Reason’s “In Search of Grace”, a passage on a theme that has often occurred to me. Philosophically, one can unpick the concept of “nature” and any separation between the world of human activity and the natural world. This idea often accompanies beliefs that an interest in nature is a recent phenomenon of industrial societies This passage, and the David Cooper quote, resonate with an intuitive sense that there is a gap between the human and natural world. Later in the book, Reason discusses the experience of a storm and how this, in something of the manner of Dr Johnson’s “I refute it thus” – confronting the visceral reality of the natural world:

Part of the problem is that our reflective consciousness is so thoroughly self-absorbed: our interest and attention is focused almost exclusively on ourselves and those closest to us. At our best, we may feel part of a fellowship of humanity or a human family. While our understanding of evolution and ecology tells us that we are also part of the community of life on Earth, we rarely fell that in our bones or in our hearts. However much we may assert that we are all part of the same universe, that we are part of the evolution of life on Earth, we still find it difficult to overcome a sense of estrangement, or otherness. As philosopher David Cooper puts it, “Shouting about humankind being part of nature may mask a fear that it is nothing of the sort.” 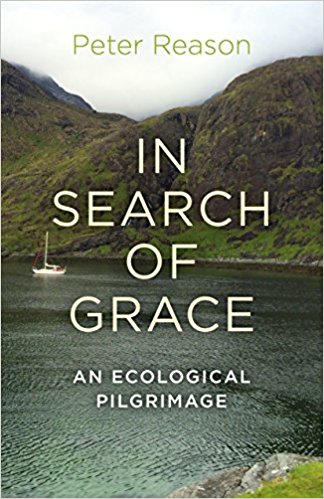