Recently I came across the striking St-Martin de Martigny-Courpierre in the Aisne, not far from the Belgian border. Here is the striking exterior:

This didn’t fully prepare for the interior. The blazing sun outside played more than usual havoc with my camerawork:

Destroyed in the First World War, the church was rebuilt and redecorated along Art Deco lines, with glass work by contemporary French masters such as Louis Barillet:

Much of the glass had abstract motifs of a certain interwar élan: 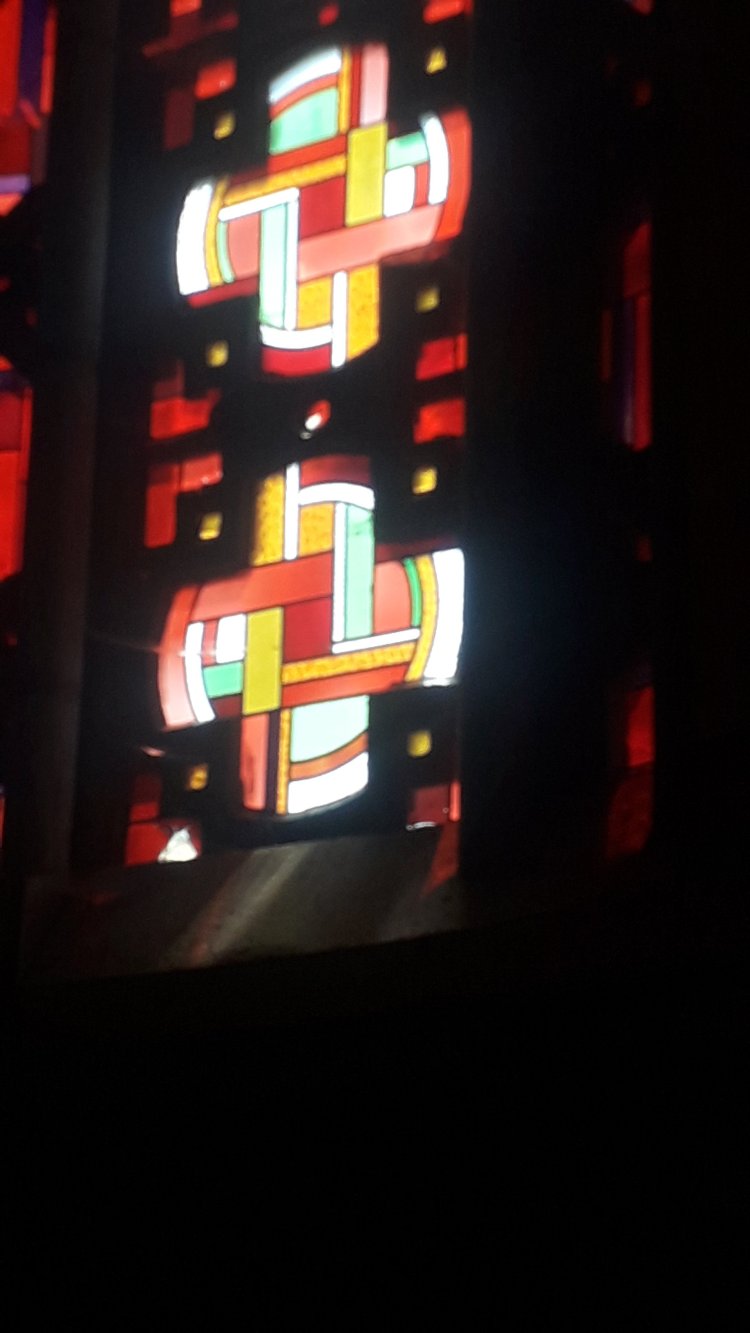 Others however depicted suffering humanity in a way which perhaps bore the influence of the events that led to the destruction of the original Church: 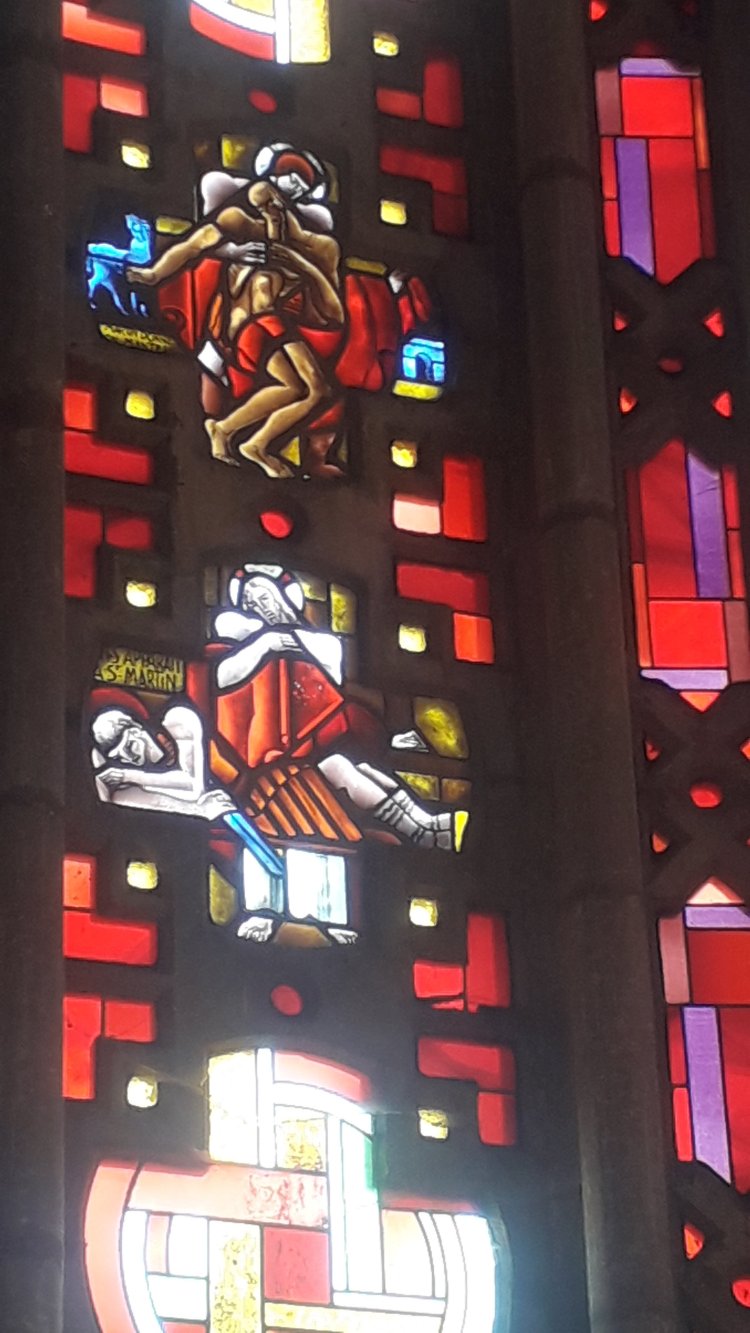 More than usual, I felt my smartphone camerawork was not u to the task of capturing the experience, spiritual as well as aesthetic, of this little gem of a Church. Having posted on the Carmelite Martyrs killed by the French Revolutionary State (whose deaths stand in rebuke to those who would lightly toss around the imagery of the guillotine) it is pleasing to post a French story of restoration and renewal.