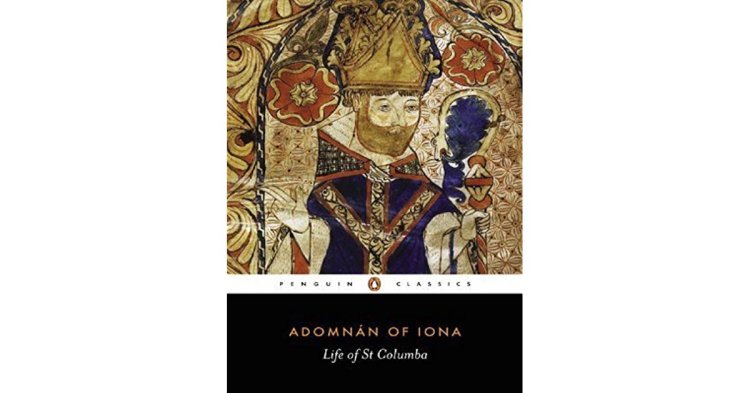 From Richard Sharpe’s introduction to his translation of of Adomnan’s Life of St Columba, there are some fascinating passages on how Columba came to be used as a sort of proto-Protestant, a ultra Catholic, an emblem of the supposedly pure Celtic church, and even as a supporting witness by those opposed to Christian doctrine:

In 1857 the publication of Reeves’s remarkable edition of Adomnán’s Life of St Columba did a great service, placing a huge wealth of information at the disposal of the learned public. Reeves was an Irishman, an Anglican, and a man not misled by attitudes pretending that the ancient church was not as Roman as it was catholic. Although he was not entirely free from the desire to supplement early sources from later evidence, Reeves to a considerable degree succeeded in presenting a picture of the church in Iona founded on reliable information.

With these riches now available to him, a French Roman Catholic controversialist, the Comte de Montalembert, used Columba as the paradigm of an austere personal monastic devotion with a great Romantic appeal. In the same period, the protestant reading of the past derived a major boost from the increased attention to Bede’s Ecclesiastical History of the English People. This came about through a Victorian interest in the history of the Anglican church. 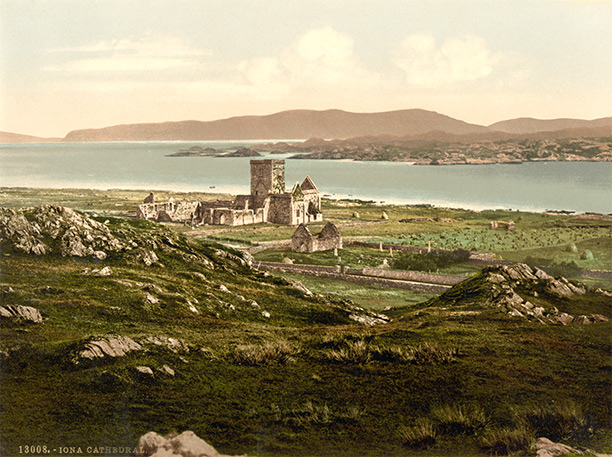 Bede’s great theme was how the English were converted to Christianity through different traditions, particularly the Roman and the Irish, with a smaller part played by Frankish influence. The diversity of Easter practice was abhorrent to the rigidly orthodox monk of Jarrow, and he made the debate between the Irish and the Roman practice the centrepiece of his history, giving this debate a dramatic setting at a synod at Whitby. Thereafter the trend of his history is towards orthodoxy and the expansion of the English church into the Low Countries and Germany. Bede does not disguise the fact that many of the Irish churches were as Roman and orthodox as he himself.

Yet read in the light of anti-Roman prejudice, his History was seen as justifying a stark difference between a Roman tradition, centralized, institutional and authoritarian, and a ‘Celtic’ tradition, personal, devotional, biblical and enlivened by saints such as Aidan and Columba. It has become a common misconception in Great Britain that the Synod of Whitby in 664 meant the end of ‘the Celtic church’, an idea which is meaningless to anyone better versed in the Irish sources. Columba, Iona and its Northumbrian offshoot at Lindisfarne were given special prominence in Bede’s work. The ‘Celtic’ bishop Colmán, who left Lindisfarne after the synod at Whitby, is hardly a household name, but this approach to Bede has completely ignored the fact that one of his principal opponents, Bishop Agilbert, had studied among the Irish and that his Roman successor at Lindisfarne was another bishop trained in Ireland, Tuda. There were many Irishmen who followed the Roman rather than the ‘Celtic’ practice, but this did not suit the protestant reading, which derived from Bede’s History a Celtic church characterized by its independence from Rome

The contrast in terms of both churchmanship and Romanticism is succinctly expressed by Thomas M‘Lauchlan in his book, The Early Scottish Church (1865). He contrasts Columba with the Roman missionaries in England, St Augustine and his companions: ‘Thus did these men represent the ambitious, grasping spirit of their system, covetous of place and power; while the humble missionaries of Iona and Lindisfarne represented the spirit of their own system, covetous of exalting Christ, but crucifying self.’ M‘Lauchlan was a member of the Free Church, but his admiration of the early Celtic church was shared by Montalembert, whose writings on St Columba were translated into English and published at Edinburgh in 1866. Presbyterian Scots, Irish catholics, and Episcopalians in Scotland, Ireland and England all found their own roots in Celtic Christianity as they imagined it was lived out in the Iona of St Columba, and from 1860 onwards writers of each denomination produced edificatory books that presented Columba and his church in their own idealized image.

As one might expect, history guided by such nineteenth-century churchmanship misinterprets or misrepresents the past in many ways. Such common core as there is at times runs contrary to all expectations: the eighth duke of Argyll, whose words were quoted in the opening pages of this introduction, retained an admiration for Columba while rejecting almost every attribute that for Adomnán proved his holiness. What Adomnán wrote about his patron saint has a Christian appeal that clearly transcends sectarian divisions, though many modern accounts of the man and his religious foundations have been coloured by different modern views concerning the structure, discipline, and doctrine of the Christian church.

In recent years, as the Eastern Orthodox churches have won an increasing number of western adherents, they too have found a special interest in the early church of Iona as a western opponent to Roman ways. The appeal of St Columba goes beyond conventional Christianity.

It is almost paradoxical that a Christian saint should be treated as the hero of religious teaching that rejects Christian doctrine, but in the early twentieth century this happened to St Columba. The humanist V. V. Branford in 1908 used Columba and Iona to illustrate the importance of pilgrimage in personal development and in what he called ‘social inheritance’. Eleanor Merry, a Theosophist, made St Columba a central figure in a play, published in 1928, about spiritual forces older than Christianity. Odran too had an important significance for her, which she discussed in an unusual book on ‘the mission of the Celtic folk-soul by means of myths and legends’.”

In this age of secularism and reaction against it, Gaelic folk tradition, largely as it was documented by Alexander Carmichael and others around the turn of the century, has been absorbed into the modern legend of ‘Celtic’ Christianity. From William Sharp, writing under the pseudonym ‘Fiona Macleod’ about the fairy spirituality of the Celts, to modern booklets on St Columba, which superimpose contemporary responses to nineteenth-century folk piety on to the historic saint, there is a timeless sentimentality about too much of the recent devotional writing about the saint of Iona. Even books founded on wide reading in the learned literature are liable to offer something far removed from what the early sources provide, for too few writers have recognized the influence of older churchmanship on the history widely accepted as the authorized version.

The power of St Columba still to excite the imagination of those who visit or read about his church at Iona has produced a remarkable literature. Too much of it takes its departure from misconceptions dating back to the nineteenth or even the eighteenth century, and too much of it fails to recognize the important difference between that which bears witness to the Columban church in Iona in its first centuries and that which derives from later Irish legends. Nothing, however, can detract from Adomnán’s vivid depiction of the abbot among his own monks, written on the spot by the saint’s successor, one hundred years after Columba’s death. Here, as in no other text, it is possible to see an early Irish monastery at work and prayer