Near Thurles, on the road to Holycross, one finds Cabragh Wetlands Centre, which is the site of the transformation of the marshes around an old Irish Sugar factory into a wildlife sanctuary:

Like many heavy industries of its time, however, it had an unwelcome environmental footprint. Sugar beet was washed before processing, and the sludgy effluent was, at first, released directly into the River Suir.

Initially, this was considered of little consequence when so much wealth was being created locally. But the Suir was renowned for angling, and during the 1960s the almost inevitable happened, and the effluent wiped out many fish. The series of kills drew attention to the untreated discharges, and a local angler, Bob Stakelum, spearheaded a campaign to clean the effluent before it was released.

In response lagoons were built that allowed the sludge to settle before the waste water was discharged. These “settling ponds” stopped the fish kills – and brought an unintended but welcome consequence. Waterfowl took an immediate shine to the lagoons, and wigeons, plovers, lapwings, gulls and curlews began to overwinter there.

Cabragh is a wonderful site which I have visited many times. It has a great variety of fauna and flora and recently has added a new feature – a Cosmic Walk.

The Cosmic Walk concept is influenced by the thought of Brian Swimme, and indeed this approach to reconciling evolutionary, cosmological and religious mindsets features in Peter Reason’s“In Search of Grace”, much-cited on this blog.described here:

The Cosmic Walk is a ritual created by Dominican Sr. Miriam MacGillis of Genesis Farm in New Jersey. It has been modified and facilitated by many people around the world. The Cosmic Walk is a way of bringing our knowledge of the 14-billion-year Universe process from our heads to our hearts.

There is a leaflet on the Cabragh walk available here. One doesn’t necessarily have to embrace the concept overall to enjoy a walk around some striking sculptures … but the overall concept gives these works a deeper resonance. 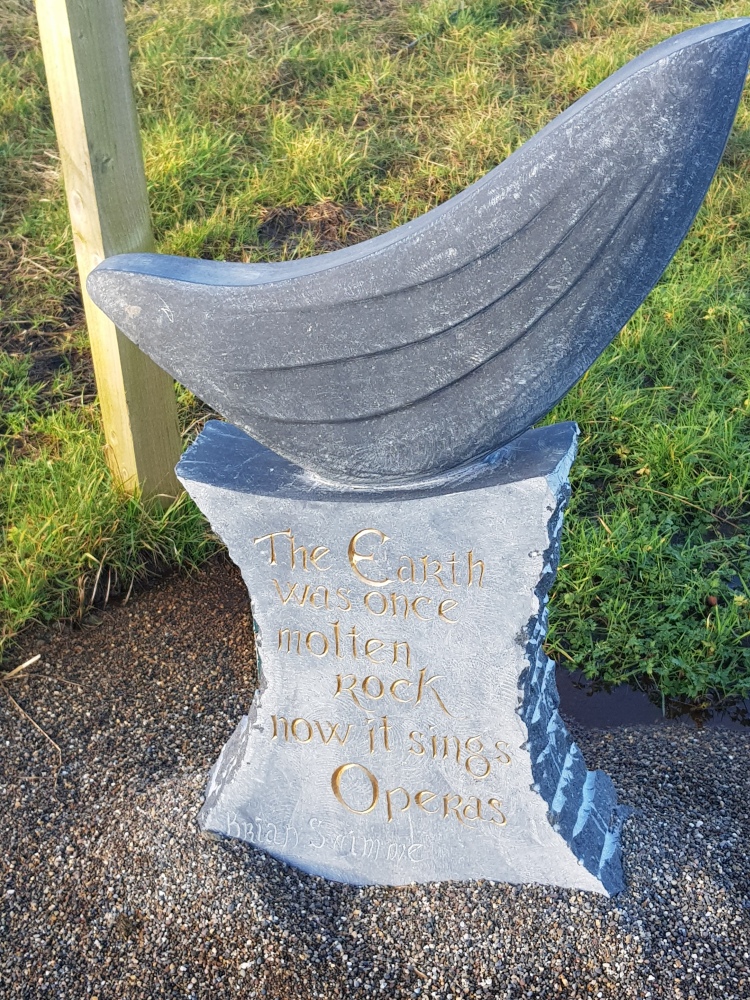 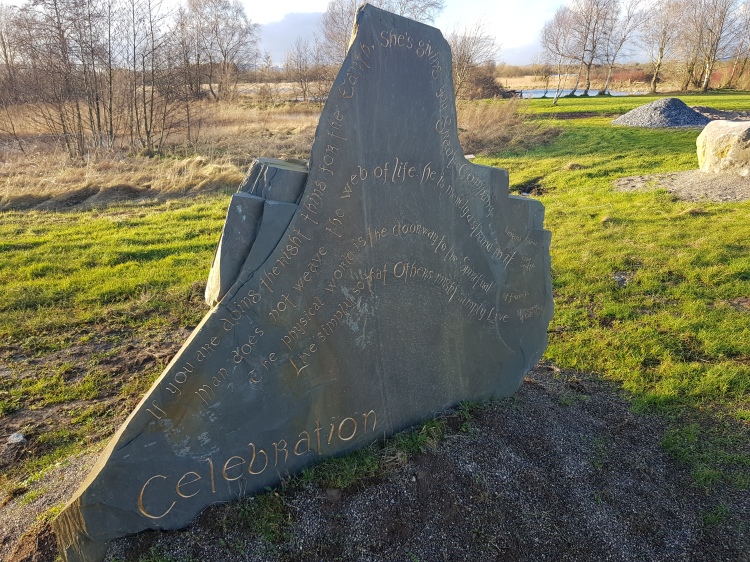 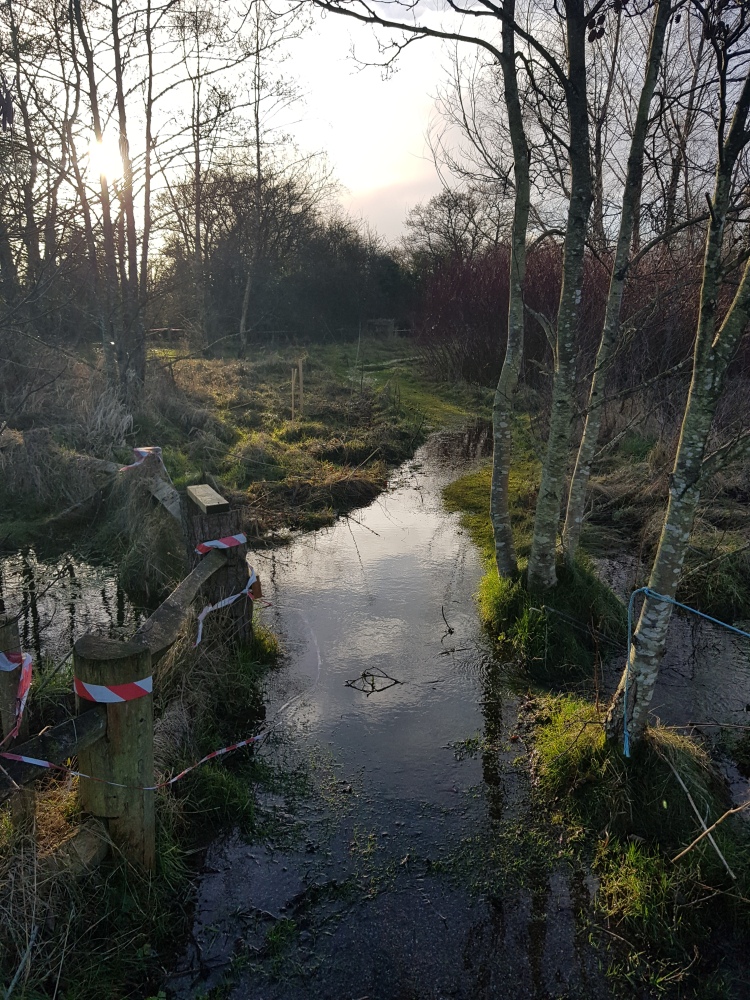 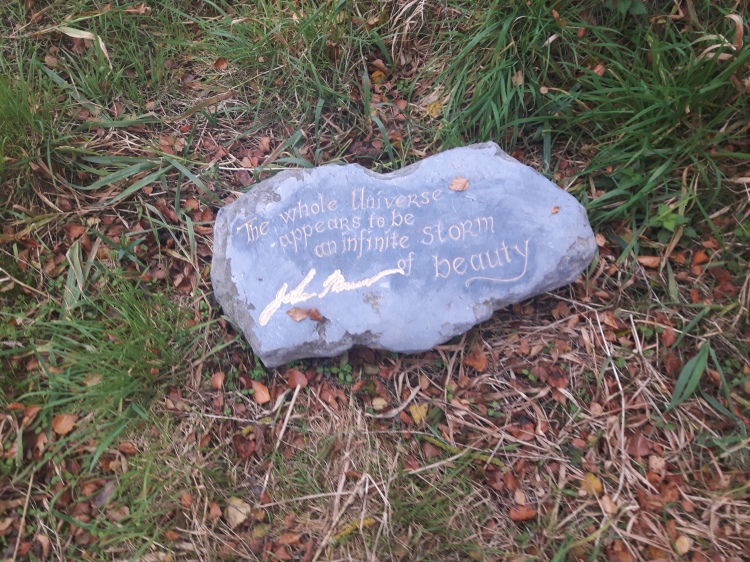 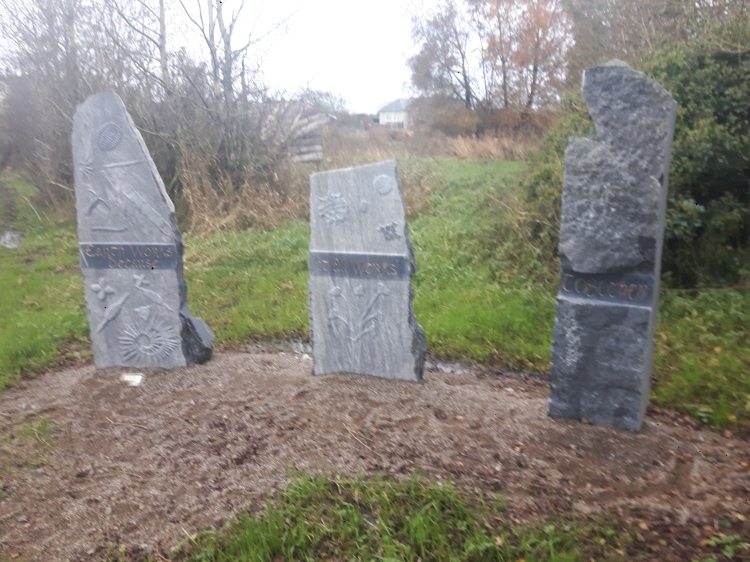 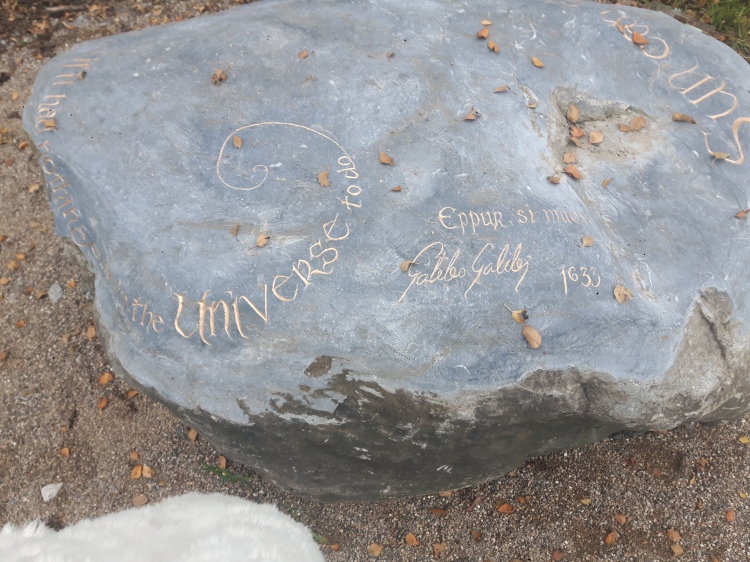