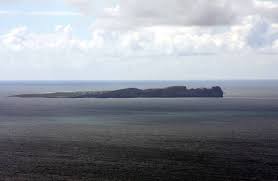 Thanks to Rory Naughton who has brought this family history on the Clare Co Council library page. John Cunningham gives an interesting and entertaining account of his father Michael’s life in the War of Independence era IRA and early decades of the Gardai. Among other stories there is this about policing Tory Island in the 1920s. Like Tory Island doctoring, Tory Island policing had its challenges. I had never come across this link between Tory and the illicit alcohol trade of Prohibition before:

Later on in the 20s, when my Father was stationed in Sligo, a message came through from Dublin one day about the illegal poitin stills out on Tory Island off the Donegal coast. Apparently, the Tory islanders had quite a thriving industry going on up there and used to supply the ships sailing between Scotland, Northern Ireland and America with poitin for the speakeasys of the Prohibition days in the States. The U.S. Embassy had complained to the Government who had in turn instructed the Guards to smash the illegal operation.

A detachment of Guards from Sligo and surrounding areas was sent to carry out the operation. They travelled up the coast until they reached the point on the mainland from which the boats would row out to the island. Having hired the required boats, they set off and landed at the pier on Tory.

When they announced their intentions however, the islanders were thrown into a state of agitation and it wasn’t long before they were confronted by an angry crowd. Now the islanders had their own ‘King’ and this gentleman told the Guards that if they smashed up all the stills, they needn’t worry about getting home to the mainland as they would all be drowned. The guards passed no heed but proceeded to break up all the poitin stills they could find. The King told them again that the elder women had turned the stones in the graveyard and thereby called down a curse on the intruders; a storm would arise and drown them all as they rowed back to the mainland. He told them that a few years before, a British warship had sent men ashore to do the same thing and a similar curse was called upon their heads. According to His Highness, the ship was sunk and all hands drowned.

The guards did some quick thinking and decided to arrest the King and bring him back in the boat with them so that he might act as insurance against anything happening. When the job was done they returned with their captive to the pier only to find that the boatmen had spent the day guzzling the last few drops of available poitin and were pissed out of their bloody minds. Undaunted, the Guards rolled up their sleeves and started to row the boats as best they could.

It wasn’t long before a storm did indeed blow up and my father remembers being really frightened trying to keep his boat on an even keel. They eventually did reach shore and although my father’s hands were streaming blood from the burst blisters, he never felt happier. The lads brought their captive back to Sligo and he was duly prosecuted and sentenced.

One of the Guards had also slipped a little keg of ‘whiskey’ into one of the boats and they decided not to open it there and then, but to keep it until Christmas and have a wee party. When they opened it at Xmas however, it was pure poison and undrinkable and had to be dumped. Whether this sample was cursed or representative of what the Americans at the time had to drink in their speak-easys, we’ll never know.