by Séamus SweeneyPosted on October 4, 2018

One day in March (I think) 2007 I was walking along the beach at Magheraroarty when I came across a large crowd watching two diggers preparing a sandy grave for a beached whale. I had a portable camera, as one did in 2007. I am unsure what species it was. I hope this one didn’t have the fate of a 2015 juvenile sperm whale stranding. 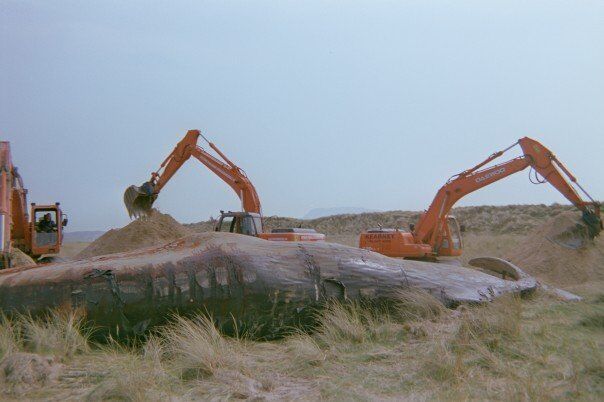 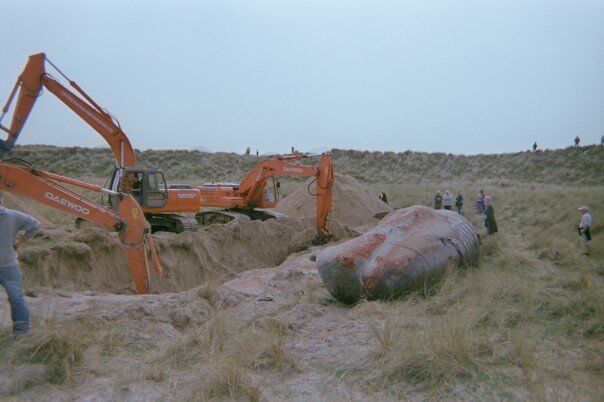 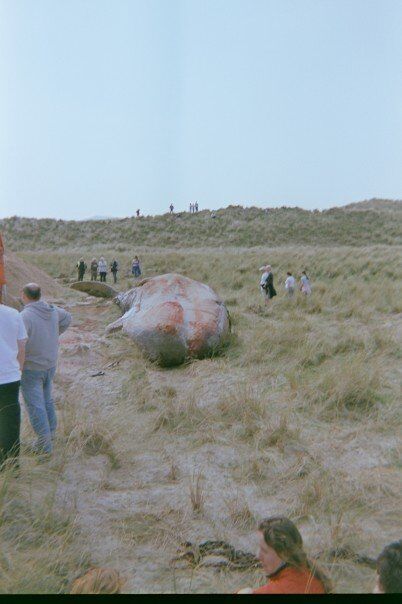 Sadly this not exactly unknown on this coast:

Great shots of a pod of sperm whales 150 miles off the Donegal coast. Photos taken by the Irish Air Corps. pic.twitter.com/Q5gN5IMmUp