Cahir has a number of memorials; previously I featured the memorial to Crimean Bob, “a veteran troophorse.” There is also the memorial to the Blind Piper, Edward Keating Hyland

In 2012 a Titanic memorial was unveiled in Cahir, commemorating four passengers who bought their tickets for the ill-fated passage in the town: 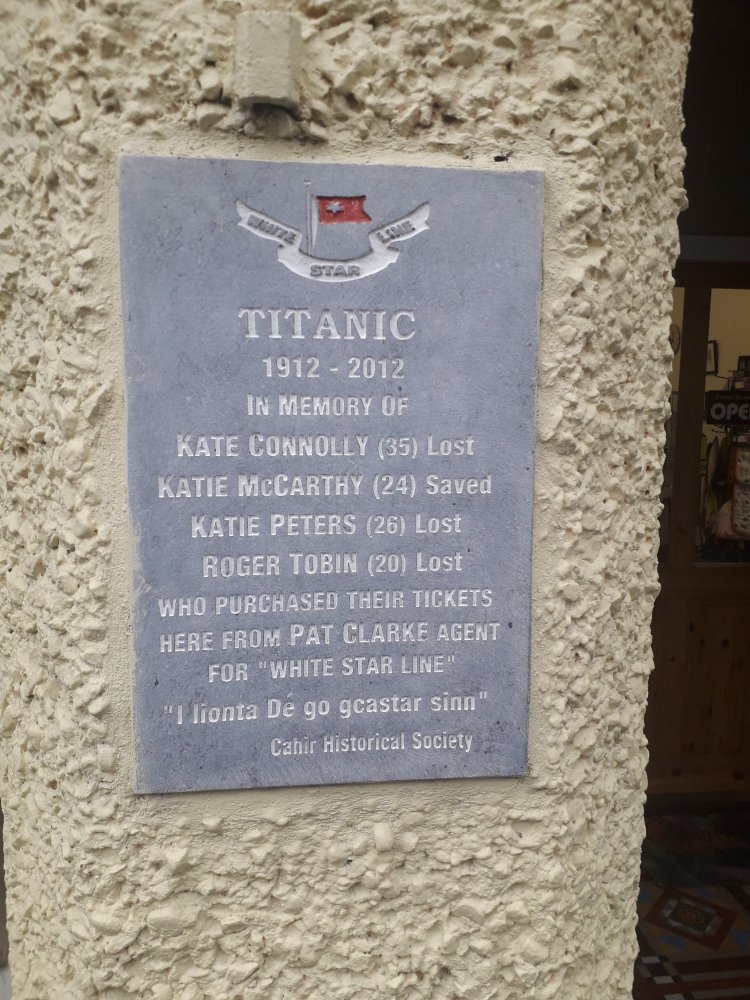